Like looking into infinity and beyond, Samsung Electronics has always developed something new, far more advance than any existing technology. Samsung proudly present the new smartphone from Samsung Galaxy Series, Samsung Galaxy S7. 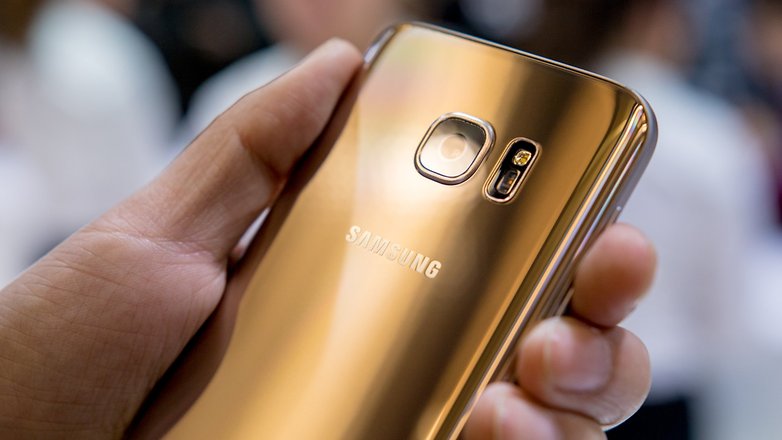 Powered with 3.000 mAh that is more subbed than Galaxy S6, also runs with Android Marshmallow that known has delivered significant improvements in the battery, it’s almost certainly results in better battery life than the S6. There is now enough to watch your movie or playing games in HD before needing to make a trip back to the mains.

Display technology with Quad HD Resolution for 577 ppi or called with Always-On display will allow users to see various pieces of important information without the need to turn the main display on.

If you liked the look of the S6, you are going to love the S7's new body. Not much has changed, but the few small tweaks add up to make a massive difference. Retaining the same 5.1-inch form factor as its predecessor, the Galaxy S7 features a slightly tapered back that slopes down from the sides.

And you’ll be surprised and not to worry about the memory, because this Samsung Galaxy S7 brings the MicroSD slot up to 200GB and internal memory 32/64GB with 4GB RAM. One thing, Samsung Galaxy S7 is waterproof.

The Galaxy S7 look almost identical to Samsung’s phones last year, but they do pack a few surprises. We’re very impressed with Samsung’s new camera, increased battery capacity, new cases/accessories, and waterproof designs. That all comes on top of a very good screen and internal processing power. Now, it’s about your choice.

We are Australian Approved LifeProof Reseller. We source our LifeProof Cases from Lifeproof.com.au in Hong Kong.

Safer & Easier Process. Warranty & Returns are in Australia but only if you purchase from us.

Best Customer Service. Chat, Call Us or Visit us in Mascot NSW During Australian Business Hours.

FREE EXPRESS Shipping for all orders OVER $50 otherwise AU$8.95.